The U.S. Supreme Court issued a devastating ruling today explicitly overturning Roe v. Wade, the landmark decision recognizing the constitutional right to an abortion nearly 50 years ago. This ruling invites and emboldens anti-abortion politicians in states across the country to decimate access to abortion and force countless people to remain pregnant against their will. In New Jersey, advocates and lawmakers have taken proactive steps to safeguard abortion rights by passing the Freedom of Reproductive Choice Act, but there is much more to do to expand abortion access for all. The ACLU of New Jersey remains committed to ensuring reproductive health care, including abortion, is accessible for all New Jerseyans regardless of race, gender identity, sexual orientation, immigration status, income, or insurance, and calls on lawmakers to pass legislation to ensure meaningful access to reproductive autonomy in New Jersey.

“The decision of when and whether to have a child is a fundamental human right, and the U.S. Supreme Court’s overturning of Roe v. Wade upends core autonomy and privacy rights in many parts of our country,” said ACLU-NJ Executive Director Amol Sinha. “This moment calls for bold action; anything less is unacceptable. We urge lawmakers to immediately take action to ensure New Jersey expands access to abortion for all as nationwide bans loom.”

In the coming weeks, more than half the states across the country are expected to quickly move to ban abortion, forcing 36 million people who can become pregnant into a public health and civil liberties crisis. Anti-abortion politicians are leaving no stone unturned in an effort to gut abortion access and they are planning to push a nationwide ban on abortion the moment they get the chance. Their agenda, rooted in control, white supremacy, and racism, is explicit: Ban abortion entirely, and criminalize pregnant people accessing abortion, as well as the health care providers who serve them.

Today’s ruling will have deadly consequences, with the harm falling hardest on Black women and other people of color who already face disproportionate discrimination in our country and suffer the consequences of a severe maternal mortality crisis. One study found that pregnancy-related deaths could increase 21 percent, 33 percent among Black women, if abortion was banned nationwide.

States like New Jersey that protect the legal right to an abortion will now play an even more critical role in providing care to people from states that ban or severely restrict abortion. The impact of these attacks — being forced to carry a pregnancy against your will, face poverty, stay with an abusive partner, or miss economic and career opportunities — disproportionately impact people of color, immigrants, LGBTQ+ communities, young people, low-income people, and those living in rural areas. New Jersey can and must be a leader in addressing these systemic health care inequities and take immediate action to tear down the barriers to abortion care that remain in place and harm far too many people in our state. 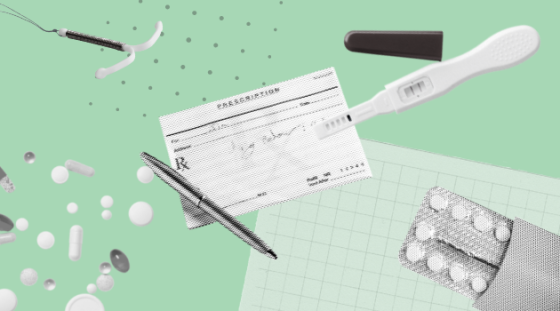 An Update on Reproductive Rights in New Jersey

"Abortion means so many things when you're in need of one"

Lowenstein Center for the Public Interest Posts FAQs on...