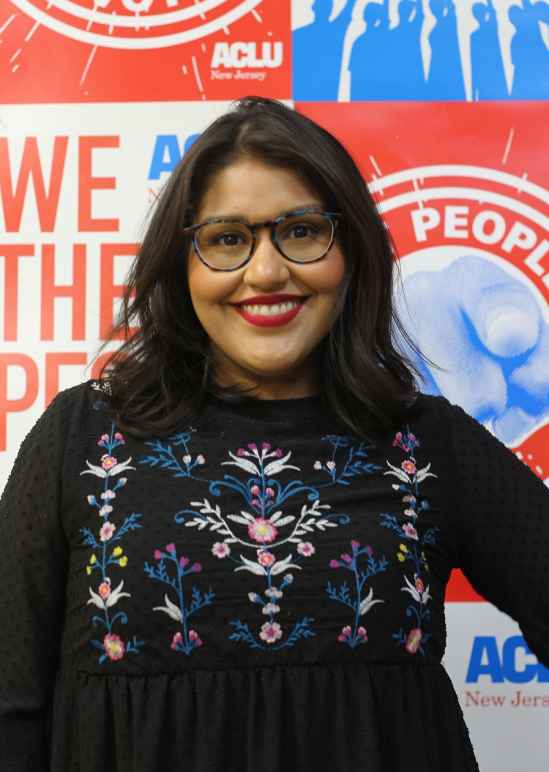 Alejandra Sorto is a Campaign Strategist for the American Civil Liberties Union of New Jersey, where she leads and supports policy advocacy campaigns in the areas of immigration, reproductive rights, democracy, and economic justice.

Prior to joining the ACLU-NJ, she was the director of civic engagement and organizing for Hispanic Federation, where she led large-scale civic education and voter mobilization campaigns throughout five states. Previously, she was the field and trainings coordinator for the Long Island Civic Engagement Table, where she focused her efforts on increasing grassroots political power within immigrant communities of color. Prior to this, she was a freelance journalist for publications in both El Salvador and NY.

Alejandra began her organizing efforts as a teenager as part of campaigns that targeted government corruption and impunity in crimes toward women and girls in her home country of El Salvador. She holds a bachelor’s degree in social communications and journalism from the University Jose Simeon Cañas – UCA (El Salvador). Alejandra also serves as a member of the COMS Project Advisory Group, supporting efforts to develop collaborative, strategic messaging within the Reproductive Health Rights and Justice (RHRJ) field.

A Right to Abortion Isn’t Enough. There Needs to be Access.

With Reproductive Freedom in Danger, New Jersey Must Expand...