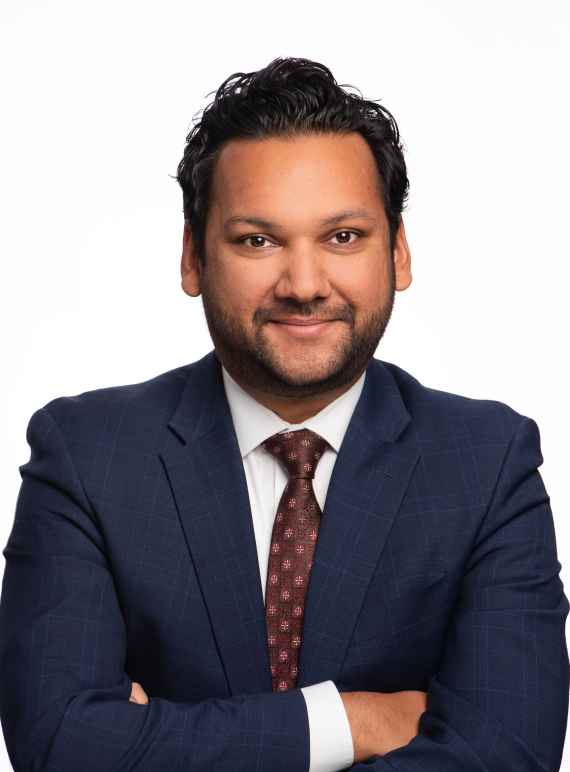 Amol Sinha is a nationally recognized civil rights leader who has dedicated his career to advancing racial justice, holding institutions accountable, and promoting and defending rights and liberties.

Under his leadership, the ACLU-NJ has experienced tremendous growth, resulting in transformational change to New Jersey's civil rights landscape. During Amol's tenure, the ACLU-NJ has appeared before the New Jersey Supreme Court more times than any non-governmental party, deepened community partnerships across the state, and centered the experiences of directly impacted communities. Highlights include developing litigation and legislation that led to the early release of over 6,000 people from our state's prisons and jails, leading the successful fight to legalize cannabis through a racial justice lens, and passing legislation to ensure driver's licenses for all, regardless of immigration status.

Before joining the ACLU-NJ in 2017, Amol was a state policy advocate at the Innocence Project, where he worked to address wrongful convictions and reform the criminal legal system across the country. From 2010-2015, Amol was the director of the Suffolk County Chapter of the New York Civil Liberties Union, where he focused primarily on criminal justice and immigrants' rights.

Amol is actively involved in the South Asian American community, including having served as the president of the South Asian Bar Association of New York, where he led efforts to shape the organization's public interest community and programming.

Amol holds a BA from New York University and a JD from Benjamin N. Cardozo School of Law. He frequently appears in regional, national, and international news outlets as a commentator across many topics, including civil rights and liberties, racial justice, public interest law, and issues facing Asian American and South Asian communities.

Prison populations are down in New Jersey. Let’s keep it that way.