NJ CAN 2020: A Win for Cannabis Legalization 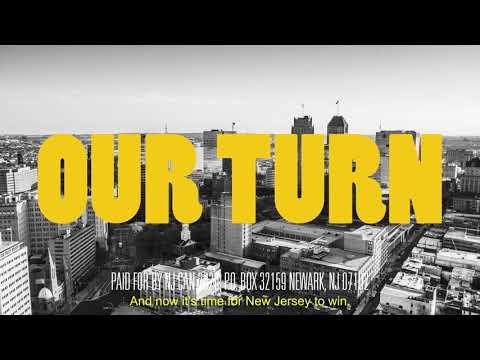 What NJ CAN 2020 Accomplished

Led by the ACLU-NJ and our partners, NJ CAN 2020 was a nonpartisan electoral campaign that united leaders with a range of experience - in public safety, medicine, civil rights, faith leadership, the cannabis industry, law, labor, politics — to legalize, tax, and regulate cannabis for adult use emphasizing racial equity, social justice, and inclusion. NJ CAN 2020 was formed with the mission of getting a “YES” vote on the 2020 ballot question to legalize marijuana in New Jersey — and New Jerseyans passed it with historic margins and with racial justice in mind. The group campaigned using a range of tactics, including video ads, live events, direct mail, online advocacy, polling, and other strategies.

More than 67 percent of voters said yes to legalizing cannabis — the most of any state that had put it on the ballot. Polling indicated that New Jerseyans weren’t voting just to legalize cannabis, but that they did so in large part for racial and social justice.

What New Jersey Achieved with Legalization and Why It Matters

Marijuana arrests had long been a civil rights crisis in our state.

Black people in New Jersey were arrested at a rate 3.5 times higher than white people for marijuana possession, despite similar usage rates. Only by eliminating these arrests could we even begin to address the harms of the drug war and the devastating impact on Black and brown communities.

After the Vote: Cannabis Implementation with Racial and Social Justice

After the ballot question, the Legislature was tasked with putting legalization and decriminalization into law.

On Feb. 22, 2021, Gov. Phil Murphy — who had participated in a live NJ CAN 2020 discussion about the need for legalization — signed into law one of the nation’s most forward-looking plans for legalizing and decriminalizing marijuana, with many recommendations for the laws themselves and for their attendant regulations coming directly from the ACLU-NJ and partners.

What’s Next for NJ: Keep Informed About Cannabis Implementation

To learn about the current status of implementation, the New Jersey Cannabis Regulatory Commission — the government agency responsible for overseeing cannabis regulation — can provide information about New Jersey’s cannabis marketplace, including how to get a license to sell.

Partners in the Campaign

Towns Have the Power to Put Justice in Cannabis Legalization — They...

Drug Reform Advocates Call On Lawmakers To Ensure Participatory And...

On 420, the ACLU-NJ Urges Lawmakers to Prioritize Equity and Racial...

The Start of Recreational Cannabis Sales is a Big Moment. Budget...