New Jersey Alliance for Immigrant Justice (NJAIJ) hosted a Trenton Day of Action in commemoration of National Immigrants Day, which celebrates immigrant contributions and marks the anniversary of the Statue of Liberty’s construction. NJAIJ’s Day of Action included recognition from Assembly Member Haider at the start of the voting session and over 30 legislative meetings on core NJAIJ policy priorities.

“It’s important for New Jersey’s legislature to recognize the history of immigrant contributions to our state. There is an urgent need for immigrant justice issues to receive greater priority in Trenton. Sadly, our communities are wrongfully painted as being ‘too new to matter’ in politics,” said Laura Bustamante, Policy & Campaigns Manager with New Jersey Alliance for Immigrant Justice. “But the truth is, immigrants are the builders of this state and make up a rapidly growing share of the electorate. We are proud to stand with our members today and will continue our fight to achieve a New Jersey for all of us, regardless of immigration status or place of birth.”

“As the state’s largest immigration coalition, today’s recognition was both humbling and a call to action. Recognition for immigrant contributions is rare and dignity for our communities is long overdue. We are privileged to have met with so many allies and receptive members of the legislature today,” said Amy Torres, Executive Director with New Jersey Alliance for Immigrant Justice. “But we will continue the fight to be seen and heard. It will not be enough to simply recognize immigrant communities until our communities recognize themselves in the policies and priorities that pass into law.”

“As an immigrant myself, this is a very special day. From the dawn of our nation, immigrants have been integral to the story of America, and we remain woven into every corner, every community and every aspect of our society,” said Assembly Member Haider, one of the first South Asian and Muslim women elected to the New Jersey Legislature. “We are foundational to the strength of our country, and that’s why I wear my immigration status with such pride.”

Nearly one in four New Jerseyans is an immigrant, and New Jersey has the second highest proportion of immigrants to the total population in the nation. NJAIJ’s priority bills create stronger protections for the immigrant and BIPOC communities that make up a growing majority of the state.

“As America’s largest Muslim civil rights and advocacy organization, CAIR is deeply invested in supporting public policy and legislative efforts that seek to promote justice and protect and empower marginalized communities, especially American Muslims,” said Madina P. Ouedraogo, Government Affairs Manager for the Council on American-Islamic Relations - New Jersey. “American Muslims represent the most ethnic diversity within religious groups in America. As such, CAIR-NJ supports language access legislation, which is critical to bridging the gaps between marginalized and non-English speaking communities and public resources. If language access legislation (S2459/A3837) passes, the state would be required to provide translation and interpretation services in the 15 most common non-English languages per U.S. Census data."

NJAIJ convened a member orientation to prepare organizers and advocates to speak to legislators about the importance and urgency of these bills and provide a space to network, mentor, and meet allies across advocacy organizations.

“Immigrants are part of the fabric of the State of New Jersey. On National Immigrant Day, we are proud to stand with our community and take space en la casa del pueblo (statehouse) urging legislators to address issues affecting immigrant children. In particular, we support the advancement of the Language Accessibility Bill ensuring equitable and inclusive access to state services for our immigrant children and their families. We all have a right to these services and no one should be discouraged to obtain services due to lack of language inclusion.” said Lady Jimenez Torres, Policy Director of New Jersey Consortium for Immigrant Justice

“Immigrants are an integral part of New Jersey’s social and economic fabric, and our state policies should reflect that reality,” said Nicole Rodriguez, President of New Jersey Policy Perspective (NJPP). “By making the state a fairer and more welcoming place for all residents, regardless of where they were born, we can honor the dignity of immigrants and the contributions they make every day to our local communities and economy. New Jersey’s future success depends on the future success of our immigrant communities — we’re all in this together.” 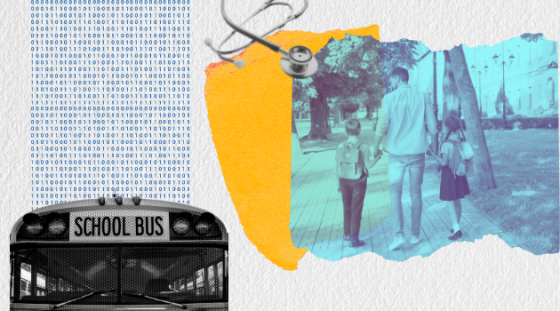 ACLU of New Jersey Urges Governor and Legislature to Prioritize...