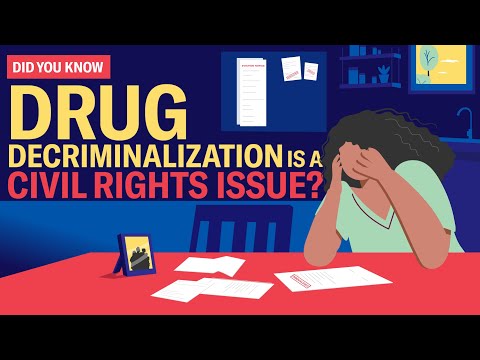 With roots in racism that go back centuries, the drug war has imposed a suffocating, militaristic police presence on Black and brown communities and fueled mass incarceration at an immeasurable human cost. To begin addressing the catastrophic harms of the drug war in New Jersey, the ACLU of New Jersey is calling for the end of criminal and civil penalties for drug use and possession, for the benefit of public health, community safety, and racial and social justice.

In 2020, the ACLU-NJ joined the Abolish the Drug War coalition, partnering with advocacy organizations and community groups that are working to dismantle the drug war – a vicious cycle of racist and xenophobic laws veiled as public policy since the first drug prohibitions targeted Black, Latinx, and Asian American communities in the late 1800s.

Ending the drug war is a critical civil rights issue, and New Jersey began this important process over a decade ago by fighting for the decriminalization and legalization of marijuana. Prior to 2021, when cannabis was legalized in New Jersey, over 35,000 marijuana-related arrests took place each year, with marijuana law enforcement serving as a gateway into the criminal legal system for far too many people, disproportionately Black and brown people. Though marijuana prohibition has ended in the state, the work to end the drug war does not end through marijuana reform alone – in fact, it is just the start.

"In New Jersey, Black residents are 3.3 times more likely to be arrested for drug war violations than their white peers."

The drug war was designed to criminalize Black and brown communities and affirm white supremacy under the guise of ending drug use across America. It’s achieved its racist purpose at an immeasurable human cost – police have used drug laws as an excuse to systematically stop, harass, prosecute, deport, incarcerate, and kill people who have otherwise broken no laws.

By 2019, 21.6 percent of all arrests reported in New Jersey were drug-related. This means that, in 2019, more than one in five of total arrests made by New Jersey’s state and local police departments were for a drug war violation. And in New Jersey, Black residents are 3.3 times more likely to be arrested for drug war violations than their white peers, despite white people both using and selling criminalized drugs at higher rates. 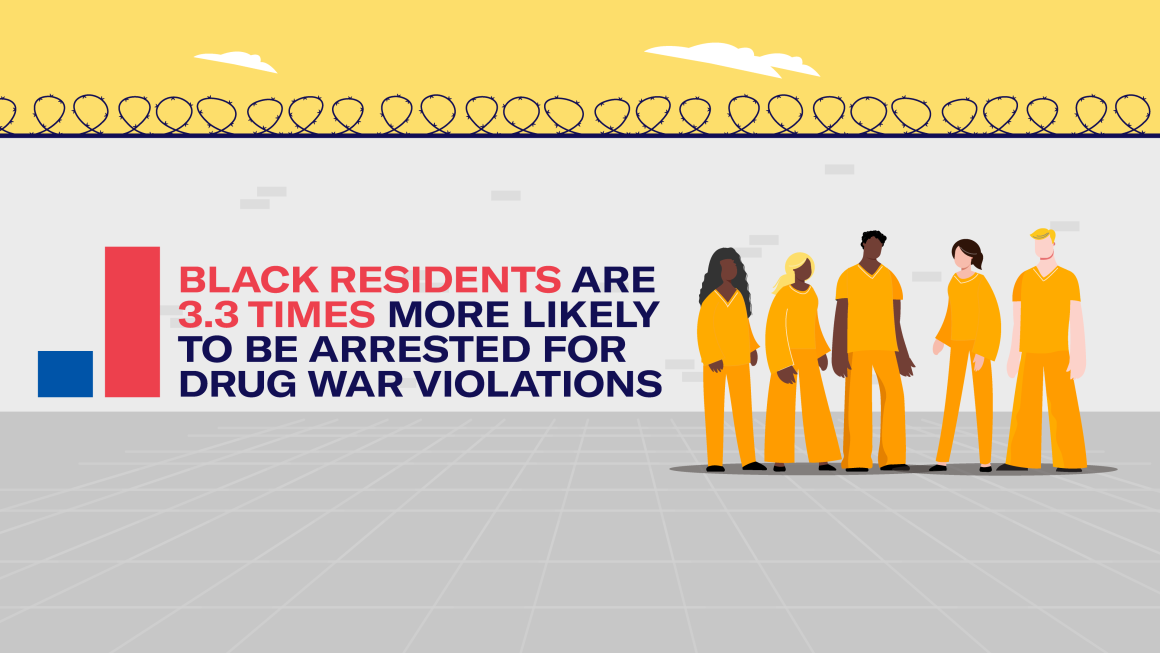 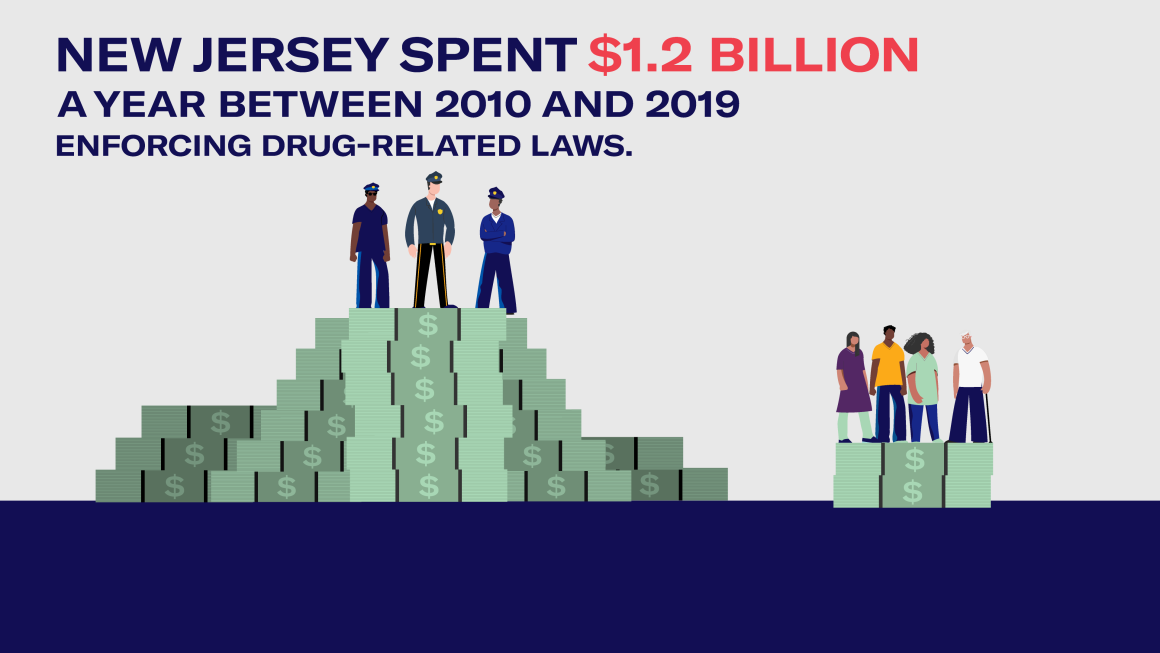 The stigma and consequences of criminalization and incarceration make it harder for people with drug use that becomes unmanageable to seek help. People convicted of drug possession face a host of legal consequences, as well as difficulty finding and keeping employment. A conviction can result in eviction from public housing, family separation through the family regulation system, loss of federal financial aid, disqualification from a range of occupational licenses, denial of public assistance, and immigration detention or deportation. These consequences only exacerbate the harms of arrest or incarceration, making it difficult for those affected to seek out opportunities, support their families, and ensure stability for their loved ones.

For New Jerseyans who are living with substance-use disorders, treatment must be through a lens of public health, harm reduction, and access to opportunity. Arrests don't keep people safe, healthy, or alive – just punished.  To begin dismantling these long-term barriers, New Jersey must make harm reduction and voluntary treatment accessible for all who need it. And importantly, Black and brown communities that have experienced disinvestment for decades due to drug criminalization – in areas such as education, housing, employment, and other community needs – must be invested in to ensure that all New Jerseyans have equitable access to opportunity.

After over fifty years of flawed policies, New Jersey must shift away from an approach focused on criminalization and punishment to one that values public health, building strong communities, and compassion. Evidence makes it clear that current drug policies fail to keep communities safe. Instead, they drive arrests and incarceration – disproportionately targeting Black and brown New Jerseyans – and create barriers to success for families across the state. New Jersey must take bold steps now to end drug criminalization and join the many jurisdictions across the country taking action to end the drug war once and for all.

Towns Have the Power to Put Justice in Cannabis Legalization — They...